Home Outdoor Grills How Much Brisket Per Person Is Needed? – Complete Guide 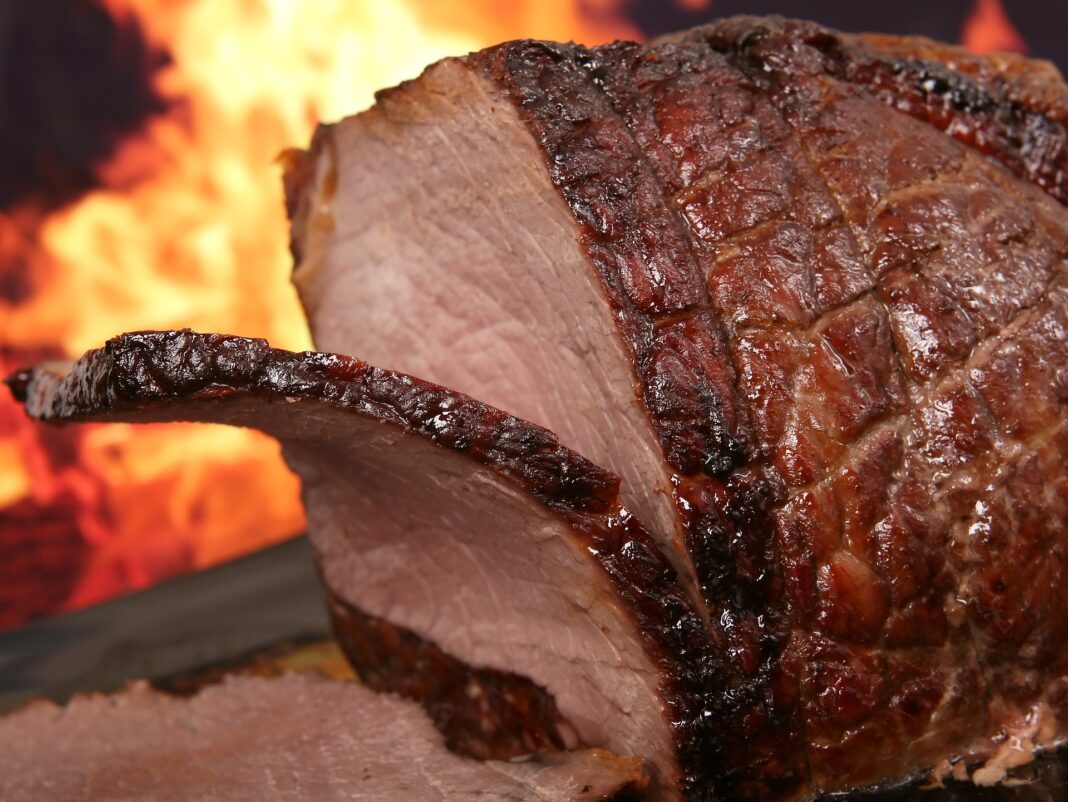 Before knowing how many briskets per person is needed you should know about brisket. Brisket is a blend of traditional and latest trends. In Jewish culture holidays and Texas, both smoked and barbecued briskets are very popular. Basically, brisket comes from the pectoral muscle (a muscle that connects the chest floor and shoulder) of the cow suppose the lower part of the chest, which is quite a tough cut of meat. Cows do not have clavicles and these pectoral muscles support 60% of their weight. This explains the tough nature and a lot of connective muscles attached to it.

The brisket takes a day long to be braised. Slow and long cooking at low temperature turns this tenacious muscle into a juicy and tender piece. In addition, the unbelievable taste and aroma it brings are unparalleled. To not run out of meat at a brisket party, you need enough meat because, by the time brisket is grilled, it loses 50% of its volume. A packer’s cut weighs around 10 to 16 pounds and comes usually with two cuts. The first cut is a flat and leaner cut which is usually braised. The second cut is a point cut which is grilled and smoked.

Due to it being the go-to meat in Texas, it is known as the “National Dish of Texas.” Different cultures feature boiled, grilled, smoked, and braised briskets. Some popular methods of cooking are:

Before arranging a party, you need to do calculations about how much brisket per person is required. In terms of raw meat, a person consumes half or one fourth pound of a flat cut. Brisket shrinks to a different size when cooked using various methods. Hence you have to consider the quantity of raw meat. For the point cut, half or three to fourth of a pound is served per person. You may have to increase or decrease this estimated quantity depending on the crowd of your party.

Smoking a pound of brisket takes 60 to 90 minutes including trimming and injecting. Consider cooking for 20 people, 15-pound brisket will take 10 – 12 hours if cooked at 250 degrees Fahrenheit. As a general rule, smoked brisket serving takes more pieces per person than that of raw. So much appetizing aroma and incredible taste compel people to eat more. Slow cooking drips away all the fat and leaves only a great deal of tender meat on your plate. Therefore, for a second or point cut, you need to buy three to fourth of a pound of raw brisket per person.

Grilling a brisket has the same result on the raw meat as that of smoke. You can grill it like a normal barbecue (grill each side for 20 minutes), but this way, you have to eat a hard and tough piece of meat. Chewing tough meat is not something pleasant. Nonetheless, one pound of brisket requires one and a half hours to cook at a low temperature like 250 degrees Fahrenheit for 1.5 hours. A point cut is most suitable for grilling as it is a lot fattier. Again, you need three to fourth of a pound point cut piece of raw brisket per individual.

When it comes to the oven-cooked and braised meat, you will not lose bigger portions of brisket in cooking. Preheat the oven to 300 degrees and place the brisket wrapped in aluminum foil inside the oven. Cook it until the temperature of the thickest part becomes 200 degrees. You can check the temperature using oven thermometers. In general, cooking a leaner cut in an oven is preferred. Almost half a pound of raw brisket is served per person if cooked in the oven. If you’re not sure about the quantity you need, add a pound or two to the recommended calculations.

A lot of mitigating factors are applied to the brisket party. Knowing about the guest you are having is of paramount importance. Guests’ age, their eating habits, side meals, number of guests, party time, and types are major concerns. Keep your guest list and their plus-one counts ready. If you’re inviting 20 people, 15 pounds of brisket is the recommended amount but what if a guest brings his plus one or a neighbor suddenly shows up after smelling the barbecue? So buy extra meat to adjust the situation in case extra guests show up. Running out of the brisket is the bottom line you do not ever want to hit. It is never bad to have extra brisket on your hand.

The other thing you need to do before the party is to sort your guest list. Are you expecting kids? If yes, then count them and serve them with half the amount of brisket as compared to adults (which is half a pound of raw point cut). After kids there come heartier meat-eating beings and vegetarians. For people who have more appetite for braised meat, double the amount of a regular adult serving. For vegetarians, keep some side meals such as mushrooms and the vegetables they like the most.

Have you considered what else you are serving to the guest? If you are serving a full meal, you might want to serve appetizers and crackers before the main course. You can serve briskets with sauces, corn bread, coleslaw, mac and cheese, and many more. Also, do not forget to consider adding a dessert after the main course to the menu. People tend to eat more when the main course is accompanied by beverages.

Finally, allocate your per guest serving according to all these facts and figures. Adjust your brisket portions accordingly. A little extra brisket is fine but you will not like a lot of extra briskets.

Also Check: How to reheat Briskets

Hosting a brisket barbecue party becomes a challenge if you are unaware of the right amount of serving per person and the cooking time it takes per pound. Complete the shopping early and cook it at the right time to avoid any hassle.

If you run low on brisket due to any reason, serve smoked brisket sandwiches with sauces, gravy, or maybe raw or grilled sliced onions. You can reuse the remaining smoked briskets after the party. If you plan on consuming it later, store it in the refrigerator or you can make use of it by having brisket burritos, brisket mac and cheese, and brisket hash.